How to get charges dropped before the court date.

This spell to get charges dropped was created to help get claims against you dismissed before a court date.

Spell to get charges dropped. 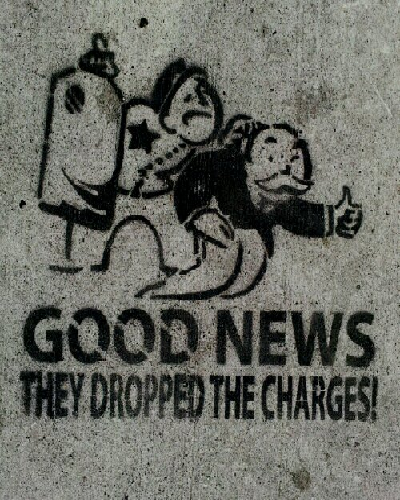 Add To Cart
How to get charges dropped.

Get this Today
What kind of Criminal Charges are you facing?

How to get charges dropped.

If you face a criminal accusation, you might be wondering how to get that criminal charge dismissed, thrown out, or excused. Spirit Spells has succeeded in regards to getting numerous charges dropped. And we can certainly help you as well.
Providential power has kept many cases of our clients out of the courtroom. Thus, you should be relieved to hear that many of our clients who have faced civil or criminal cases never make it to trial.
In fact, numerous charges are absolved long before the trial. Often this happens during consultations between investigators and the prosecutor. And if past that point, it can take place  between the prosecutor and the defense team before going to court.
ORDER NOW

Magical ways to  get a charge dismissed.

One of the most effective ways to  get a charge dismissed is to gain the assistance and favor of a higher power. We can unleash supernatural powers so that they can be free to  work their magic for you.
To get charges dropped these Cosmic forces can discredit evidence or those making claims. Cause confusion in the allegations of those who are against you. Create skepticism in the district attorney when the claims are presented.
Spiritual agents can be used to undermine the prosecutors case, if it gets taken to the grand jury. And they can also have an Influence on the Grand jury, prompting them to decide not to charge and reject the indictment.

Is your freedom at stake?

If you have been indicted, the Great Spirit can empower your lawyer or public defender. This is done to strengthen his/her words to make them more appealing and persuasive. No matter what kind of indictment you're facing, you need to get this "spell to get charges dropped."
It's essential to know your rights and to understand that you're entirely innocent until proven guilty beyond a reasonable doubt in court. However, because your freedom may be on the line, It's best to have a HIGHER POWER on your team and in your corner.

What kind of Criminal Charges are you facing?

Whatever kind of Charge/indictment you're facing. You're going to need this - "Spell to get charges dropped."

What is a grand jury dismissal?

This occurs when a grand jury is convened to consider indictment on a charge, and it's determined that the case isn't strong enough. The grand jury then can dismiss or "no-bill" the charge, or the prosecutor can dismiss it. Prosecutors prefer doing that rather than spending time prosecuting a case they cannot win. Use this spell to enchant members of the grand jury to get them to find faults in the prosecutor's story and issue a dismissal.

Charges can be dropped before court.

It's worth noting that not all indictments go to trial. Indeed, many are dropped before trial. But at this stage, it's only the prosecutor who can drop the charge. And yes, That can happen. If you allow us to release the intranquil spirit and his supernatural agents, many factors and significant disruption can arise to destroy the prosecution's case. Thus the grand jury won't find the probable cause at the preliminary hearing and or won't have sufficient evidence for the case to proceed. Accordingly, the case can get dismissed.

If you face a criminal charge(s), Our Spell to get charges dropped has succeeded in getting many charges dismissed over the ages. We know how the justice system works. The victim may file the complaint, But it's generally the district attorney, attorney general, or other local authority that actually brings the charges.

Get your charges dismissed.

If you're facing criminal charges, You've come to the right place. Whether you are accused of a crime against a person (like assault and battery or murder). Or a crime against property (like shoplifting, burglary, or arson), or any other criminal \ Legal offense. This Spell to get charges dropped can be used to make it hard for the prosecutors to charge you. And or make it difficult to pin you with the crime, prompting them to drop the charge.

I want this dismissed.