This spell for legal success can be used in court cases, small claims, lawsuits, or any other judicial matter to help secure a victory. 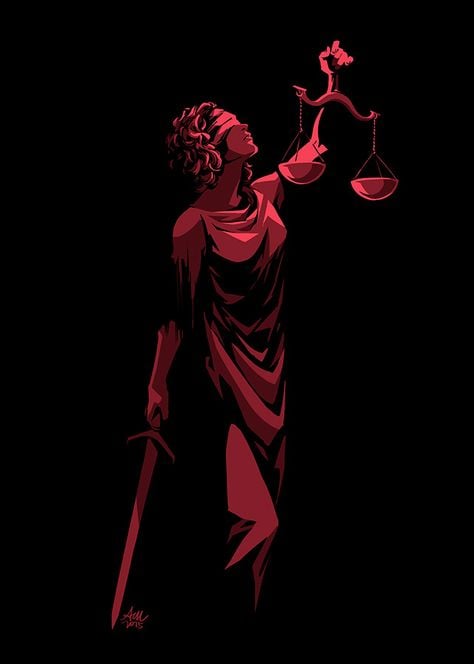 Stride into the courthouse and gain Judicial Victory.

Order This
Spell to Have Legal success in the Courtroom.

When it matters, Prevail.

You can have Legal Success and obtain a victorious outcome against those opposing you no matter how well connected or powerful they may be. You can achieve a victory in the courtroom, even if you have a weak case and the odds have been stack against you.
Quash any matter of law. Hit a grand slam in your lawsuit or prevail in a case that's been brought against you. Shut down the suit of a pesky debt collector. Quell traffic tickets or violations to save your driving privileges. Crush a show cause hearing and stay out of jail.
Be triumphant in family, civil, and or a criminal case. You can Quash any legal matter and Prevail over any opponent. Secure a victory.

A Courtroom win can be had, you see. When the universal spirit hears your decree, The spirits of Liberty and Themis shall come swiftly to fight for thee. This spellcasting has helped so many people successfully resolve whatever sort of legal problems they were having.
The universal spirit via The spirits of liberty and Themis hold much sway in the courtroom. This spell-work yields its results in many forms. Such as  Favorable verdicts, Cash settlements, Mistrials, People unable to attend the trials, or whatever else it takes to help you secure a win.

In this situation, when you place an order, The spirits of Themis and liberty do not come to judge you. They come to your defense. You know, liberty and justice for all. That's their calling, to help out those most in need. And since you are here - that's you.
The system of justice itself has become corrupt. So even if you are in the right, things can go terribly wrong. And even if you have made a mistake, a second chance should be your fate. We are not here to judge right or wrong but to help those in need of a win.

Win in the Courtroom.

You do your part, get your lawyer or prepare to represent yourself. And we will call upon cosmic forces to help strengthen every aspect of your case. Not only will the cosmic forces help you, but they will do everything they can to disrupt your opponents.
These cosmic allies specialize in dishing out mayhem on those who are opposing you. They will unleash misfortune and cause problems and woes of every sort for your opponents. These supernatural agents can cause confusion, disorganization, misunderstanding, and mishaps for the opposing team.

Don't struggle with legal issues and court cases. Win in the courtroom. Win your claim, lawsuit, hearing, and or any other legal proceeding. Boost the chances that all factors and wild cards will turn up in your favor. Bust out the big guns and tilt all of the variables to your benefit. Let us conjure up Cosmic energy to boost your odds for success. Let the universal spirits do everything in their power to help you win.

Tip those scales of justice in your favor.
The justice system is broken and to think you can be assured a win without divine assistance is nothing but folly. The strength of our judiciary system relies upon its correctness — So beware, for its capacity to be impartial and judge fairly has been made corrupt.
In the reality of today, Big corporations easily defeat the average Joe. Those who have friends in high places crush ordinary citizens. And the poor don't stand a chance against the rich.
Guilt or innocent and right or wrong are only used to judge the common man. And Just for the record, you should note that the common man rarely wins their case or is hardly ever proven correct. And far too many times, people are incorrectly found guilty rather than innocent.
Wrongful awards, judgments, and convictions are at their highest rates right now, and that trend shows no signs of reversing itself. Injustice has made itself at home in the courtroom. However, all hope is not lost; you can still tip the scales of justice in your favor.
Guilt or innocent and right or wrong have become irrelevant in the courts. So trust me, as I say, you won't have a level playing field without help from a higher power. Or said another way, not only can you level the playing field, but you gain the advantage with the use of a higher power.
Your right to win should not be overshadowed by big corporations, corruption, wealth, stature, bias, or other types of egregious status - yet it is! To win your legal battle, you should not hesitate to gain every advantage possible.

Spell for court Case Win.
Don't struggle with legal issues, judgments, or court cases. This is the most effective spell for winning in court. This spiritual work can be used in any legal matter. It covers all types of justice issues.
Call forth the spiritual powers of the Great Spirit, Themis, and Liberty to help you with anything from civil matters, to grievances with your employer, criminal cases, etc. Gain the advantage and favor you need to win in court or in a legal claim.
Increase your power to represent yourself or empower your attorney. Empower your ability to persuade others so you can win in court. Increase personal mastery and Sweeten the Judge's attitude toward you and your case. Give your defense lawyer power & mojo so that you have legal success and win your case.